David Fray was born in 1981 and began playing the piano at 4 years old. He studied with Jacques Rouvier at the Conservatoire National Supérieur de Musique de Paris, and graduated with top honours.

David Fray has received numerous prizes and awards including a prize and a grant by the Banque Populaire, the Diploma of Outstanding Merit at the Fifth International Hamamatsu Competition in Japan; the Jeune soliste de l’année (Young Soloist of the Year) award, the most important prize awarded by the Commission des radios publiques de langue française; the Feydeau de Brou Saint Paul grant and the Révélation classique (Classical discovery) prize from ADAMI. At the 2004 Montreal International Music Competition, David Fray received both the Second Grand Prize, and the Prize for the best interpretation of an imposed Canadian work. As a direct reward for his success in this competition, ATMA Classique released his first CD (Liszt and Schubert). In 2008 he was named Newcomer of the Year by the BBC Music Magazine.

David Fray has been supported by artists such as Dimitri Bashkirov, Menahem Pressler, Paul Badura-Skoda, Christoph Eschenbach, and Pierre Boulez. Under his recommendation, David Fray received in Germany the prize for young talents of “Klavier Festival Ruhr” where he played in Summer 2006. Christoph Eschenbach invited him at the 10th Beethoven Easter Festival in Warsaw to play Bach Concertos with him, Robert Levine and Ya-Fei Chuang.

His first recording as an Erato exclusive artist was devoted to Bach and Boulez and won him great critical acclaim (Newcomer of the Year 2008 by BBC Music Magazine, Best recording / Echo Preis 2008), as well as his recording of Bach Concertos with the Deutsche Kammerphilharmonie Bremen (with a DVD by Bruno Monsaingeon.) Subsequently released are a Schubert recital, Mozart concertos with the Philharmonia and Jaap van Zweden and a Bach recital disc (Partitas Nos. 2 and 6 and the Toccata in C minor) and a Schubert recital (Fantasy). In 2017, David Fray released a CD of selected Chopin piano works which was followed by his first public performances of the composer’s music. Latest release: Bach's Violin and Keyboard Sonatas with violinist Renaud Capuçon. 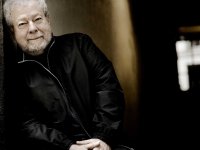 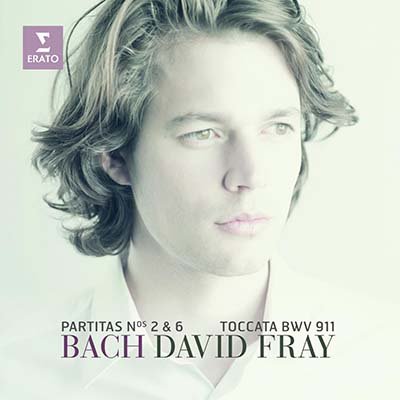