The distinguished American conductor, John (Wilton) Nelson, is one of the world's most versatile and accomplished conductors. He is particularly noted as a great interpreter of large Romantic works, for his performances of opera – in particular the operas of Berlioz – and for his vibrant and stylish performances of Baroque music.

Born in Costa Rica of American parents, John Nelson studied at Wheaton (III) College and with Morel at the Juilliard School of Music in New York.

John Nelson has a particular love of opera and is a frequent visitor to such opera houses as the Chicago Lyric, Metropolitan Opera and Santa Fe, as well as the opera houses of Rome, Paris, Lyon and Geneva. His Erato recording of Beatrice and Benedict has won numerous awards in Europe, and in 1994 his DG recording of Georg Frideric Handel's Semele won a Grammy award in the USA.

Great sacred masterpieces are central to John Nelson's work and he is renowned for his interpretations of the great choral works of the repertoire, in particular the J.S. Bach’s Passions and B minor Mass (BWV 232). His commitment to this repertoire and his concern for the lack of 20th century choral works has led him to form Soli Deo Gloria Inc., a non-profit organization which commissions one leading composer per year to write a major sacred work. Recent projects have included the World Premiere performance of Paul Schoenfield's Deborah in Israel. Commissions have been given to Christopher Rouse, George Arasimowicz, Paul Schoenfield, Augusta Read Thomas and others. 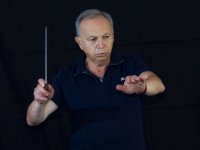 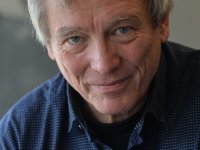