Mischa Maisky started studying the cello at the age of eight. An immensely talented student, he entered the Riga Conservatory. Discouraged by the rigid curriculum, however, he moved to Leningrad in 1965. He not only won the Soviet Union's national cello competition, but also had an acclaimed debut with the Leningrad Philharmonic. In 1966, Maisky won a prize at the International Tchaikovsky Competition in Moscow. One of the jurors, the great cellist Mstislav Rostropovich, invited Maisky to study with him at the Moscow Conservatory. Maisky developed rapidly under Rostropovich's tutelage, launching a concert career in the Soviet Union. Maisky's career was threatened, however, when his sister decided to emigrate to Israel. As a relative of a person who wanted to leave the country, Maisky was targeted for harassment by the government. When he bought a tape recorder on the black market, he was arrested and sentenced to 18 months in a labor camp. After his release, Maisky was called to do his military service. Since an exemption given to developing artists was out of the question, he entered a mental hospital to avoid military service. Finally, the Soviet authorities allowed him to emigrate with the stipulation that he pay back the entire cost of his education. The Mayor of Jerusalem, Teddy Kollek, made headlines by getting a rich American to pay Maisky's alleged debt to the U.S.S.R. In 1972, Maisky left for Jerusalem.

Zubin Mehta, conductor of the Israel Philharmonic Orchestra, subsequently engaged Maisky to participate in the orchestra's upcoming American tour. The following year, Maisky won the Gaspar Cassadó International Cello Competition in Florence, also making his Carnegie Hall debut with the Pittsburgh Symphony Orchestra conducted by William Steinberg. After the concert, an anonymous fan gave Maisky an instrument made by 18th century Venetian master Domenico Montagnana. Maisky has played that cello ever since. In 1974, Maisky approached celebrated Russian cellist Gregor Piatigorsky, who lived in Los Angeles, and became Piatigorsky's last student. Maisky is thus the only cellist to have studied with both Rostropovich and Piatigorsky. Maisky made his London debut in 1976 in a series of orchestral concerts, beginning with the Royal Philharmonic Orchestra. His London recital debut was in 1977. His partner then was pianist Radu Lupu, who had accompanied him in a Moscow recital nearly a decade earlier. A powerful and polished soloist, Maisky is also known as an artist who gladly shares the podium with colleagues. For example, commenting on his London recital with Lupu, The London Daily Telegraph praised the performers' "finely tempered and mutually responsive" phrasing. In 1995, after an absence of 23 years, Maisky played in Moscow.

In great demand as a chamber player, Maisky has performed with a number of extraordinary musicians, including Vladimir Ashkenazy, Gidon Kremer, Peter Serkin, and Martha Argerich. Acclaimed for his renditions of concertos by Haydn and Schumann, Maisky is the only cellist to have received a Deutsche Grammophon offer to record Bach's complete works for the cello. The year 2000 was dedicated to Bach by Maisky, when he performed all of Bach's cello works in three recitals in a single day, and presented 100 Bach performances around the world. He recorded a disc of Spanish music -- España! -- with his daughter, Lily, for release in 2011. 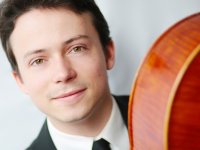 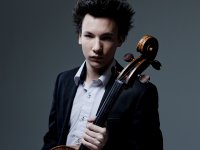