Vilde Frang’s profound musicianship and exceptional lyricism has elevated her as one of the leading and most individual young artists.

In 2012 she was unanimously awarded the Credit Suisse Young Artists Award which led to her debut with the Wiener Philharmoniker under Bernard Haitink at the Lucerne Festival.

Vilde continues to have a close association with the Salzburg Festival where she appears regularly as soloist and chamber musician and returned in 2018 for concerts with the Mozarteum Orchester with Giovanni Antonini. Other highlights of this summer have included a return to the Gstaad Festival with the Orchestra Filarmonica della Scala under Christoph Eschenbach and an extensive line up of concerts at the Verbier Festival. She has appeared at the BBC Proms twice and recently returned to the Lucerne Festival with the Leipzig Gewandhaus Orchester under Herbert Blomstedt.

Vilde Frang is an exclusive Warner Classics artist and her recordings have received numerous awards. She is the recipient of the Edison Klassiek Award, Classic BRIT Award, “Diapason d’Or” by Diapason Magazine, Deutsche Schallplattenpreis, and the Echo Klassik Award. She also received a Gramophone Award in the Concerto category for her recording of Korngold’s Violin Concerto and Britten’s Violin Concerto.

Born in Norway, Vilde was engaged by Mariss Jansons at the age of twelve to debut with Oslo Philharmonic Orchestra. She studied at Barratt Due Musikkinstitutt in Oslo, with Kolja Blacher at Musikhochschule Hamburg and Ana Chumachenco at the Kronberg Academy. She has also worked with Mitsuko Uchida as a Borletti-Buitoni Trust Fellowship winner 2007, and was a scholarship-holder 2003-2009 in the Anne-Sophie Mutter Foundation.

Vilde Frang performs on a Jean-Baptiste Vuillaume from 1864. 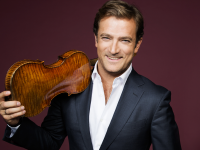 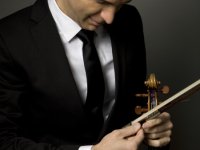